"The Friendly Kitchen provides a safe and friendly environment when Iâm hungry. Itâs a positive environment and it lets me know people care." 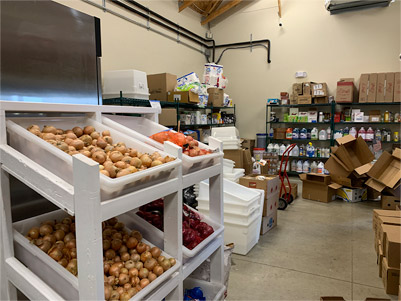 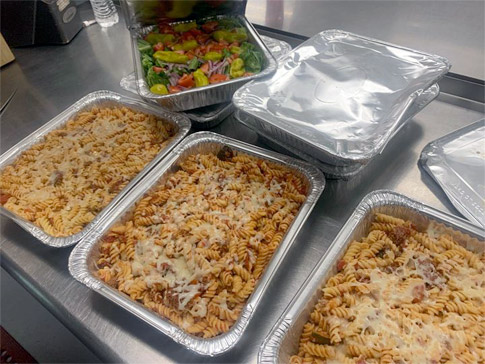 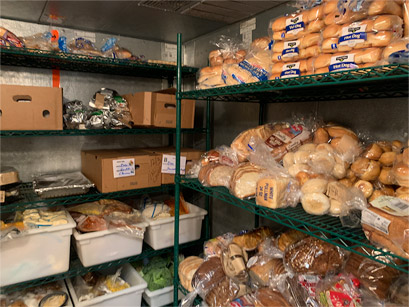 The Friendly Kitchen seeks to provide a meal for the hungry in a warm and caring non-discriminating environment through the coordination of community volunteer resources. Our story began in 1980.

The Friendly Kitchen has been feeding the homeless since 1980. Inspired by a speaker from the St. Vincent dePaul Society, Pauline Bell applied for and received a grant of $10,000 from Catholic Charities and on October 14, 1980, The Friendly Kitchen first opened its doors. That first night, Pauline served vegetable soup and sandwiches to four guests.

The Friendly Kitchen was named for its first home in the Friendly Club, a community activity center on South Main Street. For many years, volunteer Jim Ceriello, a retired police officer, coordinated supplies and oversaw the dining room, which served dinner three nights a week. 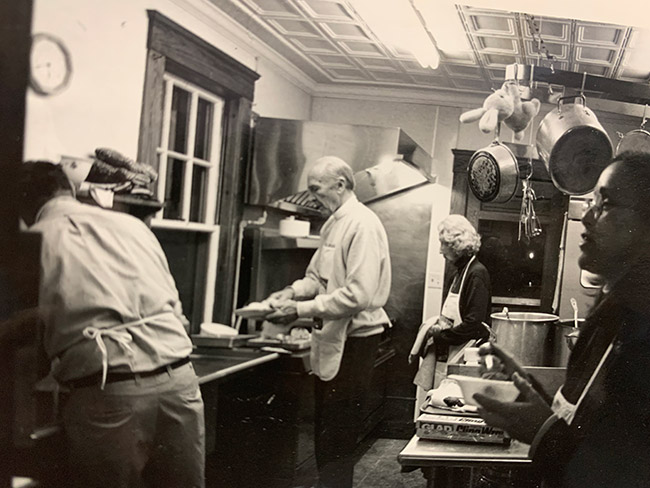 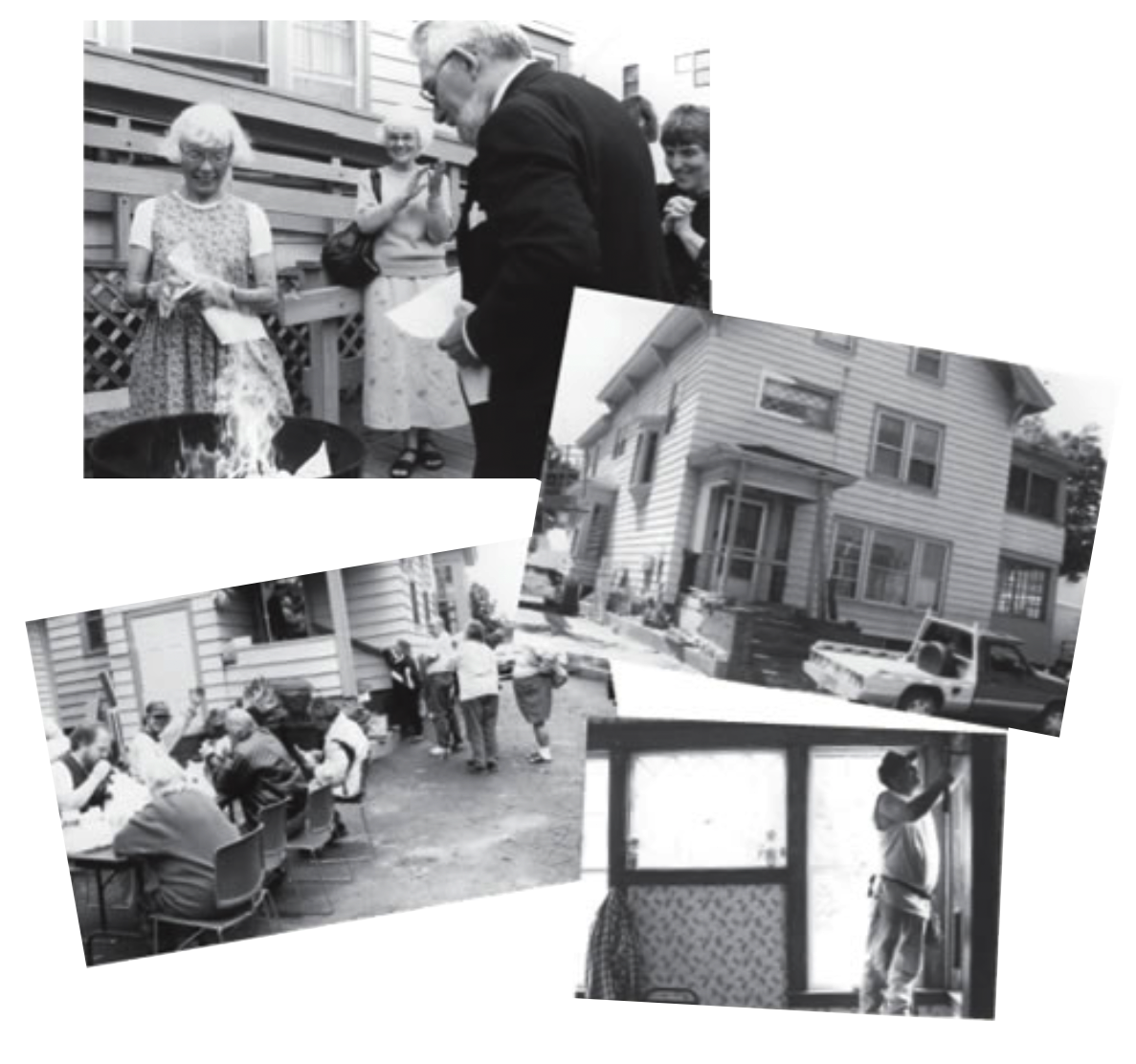 Early in 1999, at the urging of recently-appointed Board President Hope Zanes Butterworth, the board mustered up the financial courage and purchased a lovely old home located behind the Merrimack County Courthouse, at 14 Montgomery Street, a short walk from downtown Concord.

With the help of many individuals, businesses, service organizations, and Steve Sarabia, a retired contractor who led a construction crew supplied by the State’s minimum security unit, The Friendly Kitchen opened the doors to its own home on October 23, 1999 – nineteen years and one week after its opening in 1980. With food and supplies in-house, access to a more functional facility and an expanded volunteer roster. The Friendly Kitchen began serving dinner seven days a week, added weekend breakfasts and mid-afternoon snacks, and added a winter weekday breakfast schedule to coincide with the church-based winter homeless shelters.

Thanks to several designated capital gifts, the Friendly Kitchen was able to retire its mortgage in June 2004, ten years ahead of schedule. To celebrate this milestone, the building was named “Hope House” to honor Hope Butterworth’s vision, support, and tireless volunteer spirit. The small kitchen is now named “Polly’s Pantry” for its founder. 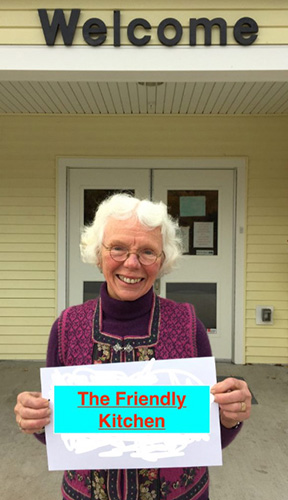 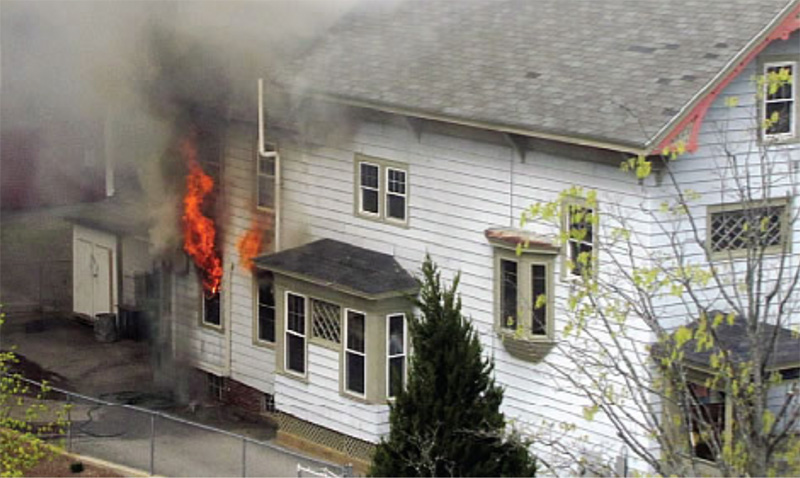 We operated for 12 years at Hope House on Montgomery Street in Concord. But on Saturday morning, April 30, 2011, a fire caused considerable damage to The Friendly Kitchen. We first hoped we could rebuild on Montgomery Street, but circumstances forced us to seek a new home. Thanks to the generosity of local churches, we never missed serving a single meal.

The Friendly Kitchen was hosted by first Holy Trinity Greek Orthodox Church, then St. Peter Parish, and finally at Sacred Heart Church.  Thank you Rev. Richard Roberge and all of his parishioners for their generosity in hosting The Friendly Kitchen for a year and a half.

In Spring 2012, The Friendly Kitchen received approval from the City of Concord to construct a new building on South Commercial Street in Concord. We broke ground on July 12, 2012 and served our first meal in the new building on December 27, 2012.

Our Capital Campaign to rebuild, Rising From the Ashes, was launched in August 2012. The Capitol Campaign was highly successful thanks to the community support, allowing us to complete our new home on time and on budget. The Lincoln Financial Foundation contributed $100,000 and named the Dining Room to honor its employees who are volunteers.

The new dining room seats 120 people, and the building is equipped with a large kitchen, food pantry, office and storage space and an outdoor eating area. The generosity of many, many donors and volunteers who contributed time, money, and equipment has made our dream come true! 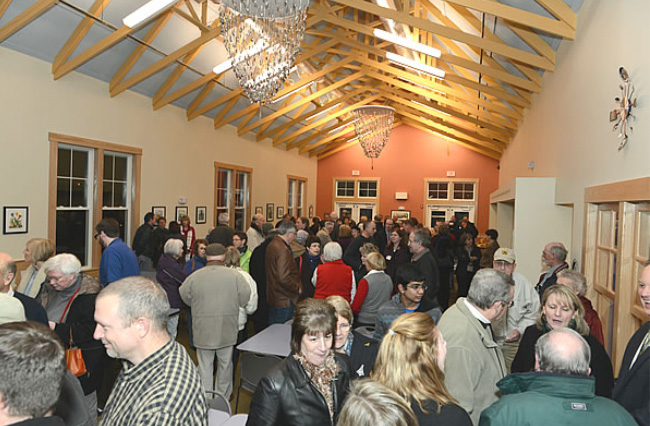